Floods/ Rama responds to the opposition: The state of emergency has nothing to do with the current situation 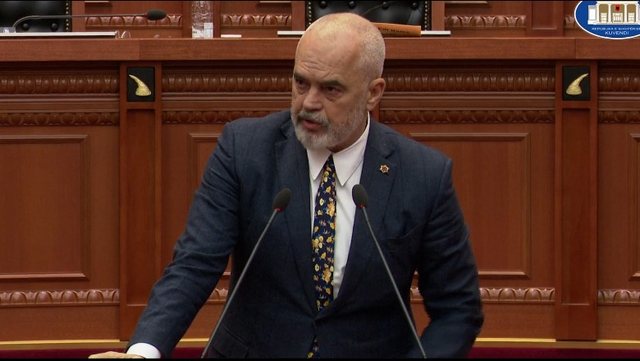 During today's plenary session, Prime Minister Edi Rama answered the opposition regarding the request to declare a state of emergency in the flooded areas. Rama has stated that the criteria for her announcement have nothing to do with the current situation.

"Meanwhile, regarding the issues raised by you in the parenthesis, I read that your main concern and your main question was why the state of emergency is not declared. The state of emergency has a complete legal framework, defined criteria that have nothing to do with the current situation. I didn't want to enter into comparisons, but since you entered into comparisons, I stand by what you generously shared with the public because they are the facts that speak very clearly and that synchronization was drawn from a catastrophic moment for Shkodra and for the entire western area as a result of misadministration t scandalous, criminal, corrupt cascade, it was true yesterday, it is true today. Meanwhile, precisely to illustrate the synchronicity and to tell you that Rama junior and Rama senior is the same person,

Only in the area of ??Shkodra, in the district, of which 14 thousand entered the city of Shkodra at that time. You can also refer to the appearance of that time. This time it has nothing to do with the cascade, at all, zero, zero and the 4 thousand that you brought is not only for Shkodra, but for the whole area and Lezha. In Durrës, there was a clear overview of what he did and that is seen every time the same test comes with torrential rain of the work of the municipality and the mayor.

If I take the camera of my iPhone on purpose in a small hole of water here on the right of the corridor, I can stimulate a global flood, but the reality is different and this time it is not me who speaks, but the Municipality of Shkodra", said Rama.

The three judges running for the presidency of the Constitutional Court

A Chinese balloon is spying on American soil

Discover the outfits Gwyneth Paltrow has been keeping since the 90s! All apply today

The first Summit in a war zone, tomorrow EU leaders meet in Kiev

The Assembly approves the opening of files, what the law provides

Why rejection is the secret to success

Video/ Physical clash in the Serbian Assembly for Kosovo

From today, oil will be sold for 197 ALL per liter! Here is the price of gasoline and gas

How to know if your crush likes you too

To play chess or to swear? Eduarti Shalsi reminds us about this question

The age of fillers is over, people are now looking for a face like Bella Hadid

Rama reacts on Twitter about the 'Mcgonigal' case: This is a big and slanderous mockery of politics!

Gazment Bardhi refused to do the Interpellation, Elisa Spiropali: I don't understand why you are so afraid of me

What is VEXAS? Incidentally discovered disease is more common than previously thought

Linda Rama, hygienic distance from the power of evil and lack of conscience

The session for the Fier and Elbasan incinerator is postponed again

Has the man who will live 150 years already been born?

The weather takes a turn today, the rains return

Horoscope for February 2 by Russell Grant

Nikola is coming, or the frost! Next week will be the coldest of the year

2.7 million citizens and businesses received e-Albania services from the removal of counters in May

The art of asking the right questions

Can we decide to stop loving? The science answer

The fleet of ambulances is added, resuscitation service also on the move

Citizens of the Western Balkans will move to Albania only with ID! VKM is approved

The deadly capsule that was lost in Australia is found

Ben Blush's post about Kadare that sparked his family's reaction

Who will be the head of the single Court of Appeal?

How to know if your crush likes you too

Dani Alves is sentenced to prison for sexual assault

Discover the outfits Gwyneth Paltrow has been keeping since the 90s! All apply today

Horoscope for February 2 by Russell Grant

Horoscope for the month of February