Three things I learned when my plane crashed 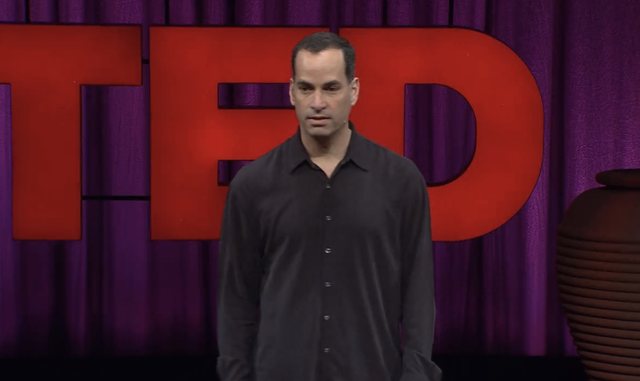 One of the most impressive presentations on TED Talks, by Ric Elias

Imagine a huge explosion, while you are flying at an altitude of over a thousand meters. Imagine a plane filled with smoke. Imagine an engine making noise kra-kra-kra. Scary.

I had a unique seat on the plane that day, I was in the 1D seat. I was the only one who could talk to the flight attendant. I immediately looked at them, and they said, "No problem, we must have hit some birds." The pilot had already returned the plane and we were not too far away, Manhattan was visible to the naked eye.

When only two minutes passed, three things happened at the same time. The pilot steered the plane along the Hudson River (this is not usually the way the plane makes landing). He turned off the engines. Imagine now, being on a plane where there is no noise at all. And then, he said only three words. These were the three most emotionless words I have ever heard in my life: "Get ready for a collision!".

I no longer needed to talk to the flight attendant. I could see the terror in her eyes. Life was over.

Now I want to share with you, three things I learned about myself that day.

Because if the wine is ready and the person is there, I open it right away.

The second thing I learned that day is that, I have lived a good life, a life full of goals and I have constantly tried to improve in everything I have done in life. But, on the other hand, I have constantly allowed my ego to interfere. And I felt remorse for the time I had spent, for things that didn’t matter, with people that mattered.

I thought about the relationship with my wife, with friends, with people. And then, as I reflected on this, I made the decision to eliminate negative energy from my life. It's not perfect, but it's much better.

I have not had a quarrel with my girlfriend of three years and I feel very good. Now I no longer try to be right, I just choose to be happy.

The third thing I learned, and it happened as the clock in my mind was counting down the seconds, 15-14-13, and I saw the water approaching and I thought, "Please explode", I do not want this plane to become a thousand pieces as I have seen in documentaries. As the plane approached the water, I thought, "Wow, death is not that scary." It is almost as if we have been preparing for it all our lives. But it was very sad. I did not want to leave. I love my life. And all that sadness came and took shape in a single thought, in a desire: “I do not want to leave, because I want to watch my children grow up.

I was given a gift that day when I did not die. I was given the gift to see into the future, and to come back and live differently.

I want you to stop for a moment and think, how many things are you not doing because you think you will be in this world forever? How would you change your relationships and the negative energy in them? And most of all, are you the best parent you can be?

* This article was posted by Bota.al and redistributed by Tiranapost.al

Are discussions with your partner turning into fights? Here's what you should do

The well-known actor of Albanian films, Pandi Siku, has passed away

These cities are the most expensive to live and work abroad

Temperature up to 34 degrees, here is the forecast for today's weather

Horoscope for August 16 by Russell Grant

Accident at Kodra e Diellit, the 29-year-old hit 3 passers-by on the sidewalk

The debate about headscarves in Kosovo, even Vjosa Osmani comes out against Kurti

Preparations for the Sunny Hill Festival stage in Tirana begin

Forte dei Marmi, one of the favorite destinations of Russian tycoons, has not felt the war in Ukraine at all

Which fruits are low in sugar?

Veliaj: We are opening the competition for the transformation of the Sports Palace "Asllan Rusi" and the stadium "Selman Stermasi"

3 Horoscope signs that are dominant in a love relationship

Edi Rama interview for the French media: We were the North Korea of ​​Europe

They didn't believe it... but Noizy made it! It broke records

In Apulia, the newlyweds donate the excess food from the wedding banquet to the poor

An American mattress company is paying people to sleep

The missing girls of Afghanistan!

The procedures for the recognition of patents between Albania and Saudi Arabia are completed!

Elon Musk wants to kick this 'terrible habit' from his morning routine: I doubt many people do

Horoscope for August 15 by Russell Grant

The medieval ghost town of Granadilla, one of the most beautiful towns in Spain

Scorching heat, the Rhine and Danube rivers dry up

Pope: The war in Ukraine is distracting attention from hunger

Powerful explosion in a shopping center in Armenia

Back to School retailers are slashing prices across the United States

Take a day off after the holidays!

There are no more free photos with Emilia Clark. The actress also sets a price for meetings

Hilary Duff's cry of pain on social networks: My daughter is sick and I can't be with her

Soon twinning between Tirana and Taranto

The EU appeals to Kosovo and Serbia: Stop the inflammatory rhetoric! If there is escalation, politicians will be responsible

Dogs in the south for the day

By Mira Kazhani/ There is no worse news than when a child dies. Whenever there...

Are discussions with your partner turning into fights? Here's what you should do

Which fruits are low in sugar?

They didn't believe it... but Noizy made it! It broke records

There are no more free photos with Emilia Clark. The actress also sets a price for meetings

Hilary Duff's cry of pain on social networks: My daughter is sick and I can't be with her

Horoscope for August 16 by Russell Grant

3 Horoscope signs that are dominant in a love relationship