Towards consensus failure for President, PD withdraws from the third and final round of qualified majority voting 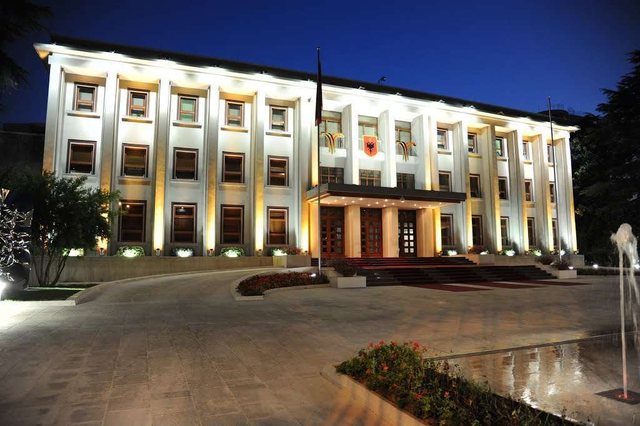 Political parties are leading to the failure of even the last chance for a consensual president, which could come as a proposal from the opposition. Scheduled for Monday, the third and final round of the election of the President by a qualified majority vote in the Assembly is not expected to have a different fate from the previous two rounds which were burned without any candidate.

Today's political developments speak of a withdrawal of the opposition from involvement in the process, which in the fourth round warns of a President proposed and voted by a simple majority of votes from the majority.

The Socialist Party gave another opportunity to the opposition in the third round to be represented with its names but the Group of Deputies led by Enkeljed Alibeaj has decided not to give other names after the 4 candidates who are an imposition for the Socialist Party:

"That variant does not apply to the President of the Republic. We have said that a closed list of four candidacies is an imposition, we will not allow it. "Rama has been very direct that we exclude a President from the parliament hall, from the politics of the day", argued today the head of the Socialist Parliamentary Group Taulant Balla who still leaves the door open for the opposition to bring candidates until Sunday.

Alibeaj reiterated today that everything was built at the beginning of the process, although prejudiced by Democrats, it was undermined immediately after the revelation of these 4 names.

"Rama withdrew as soon as the names became public. We did our job. We fulfill our moral, human obligation. The President of the Republic tomorrow needs to have full legitimacy. The other side withdrew. Since this agreement falls, what do we do. "Even at 12 o'clock at night, my mind was changing, we are ready to gather", said Alibeaj.

How to reinforce the withdrawal, the DP represented by the group led by Enkelejd Alibeaj came out with a statement explaining the reasons why according to her the invitation to participate in the process is a facade and that the SP has designed the name to be elected head of state.

"The obligation to the citizens required the opposition to fulfill its responsibility with seriousness and commitment in order for the next President to be the President of all Albanians, despite the fact that this was not the will of Edi Rama, the man who after stealing the elections, grabs the votes of its nongrats in the Assembly each independent institution. The withdrawal of the Socialist Party from the agreement for the construction of a joint parliamentary process for the election of the President, proved what the PD Parliamentary Group warned from the beginning, that Edi Rama does not want a President of all Albanians and his public conspiracies for consensus with the opposition they are a hoax, "said the PD in the afternoon.

In this way, the parties are being divided every week more and more into diametrically opposed positions so that a last-hour consensus seems almost mission impossible.

The war in Ukraine brings the Germans closer to the Americans

A modern and equally beautiful church! It is called Santa Maria Goretti and it is the work of the architect Mario Cucinella

Air France leaves travelers in the mud, famous characters posts: I will never travel with you again!

Babale's scandal, Salianji will be called to court on Monday!

A minimalist combination for summer afternoons

The Prime Minister tells the journalists: You are free to slander, but don't expect me to let you when you come to ask me

The most common male name in Albania is Arben

Video/ The Vlora river road ends! The distance to the Ionian coast is shortened

4 essential products to protect your hair during the heat

The mysteries of the extraordinary power of eye contact

Fee and reservation to enter Venice. What you need to know

Maximum temperature up to 36 degrees today!

Do you wake up every morning with a headache? That is why

Celebrities don't mind wearing the same thing more than once, and these photos prove it

For 'Old school-sat' and 'New school-sat', Noizy reveals the date, but not the name of the concert in Tirana

Now who will take care of these babies? The question of a mother from Texas, where abortion is prohibited

Photos and videos/ Chaos at airports. Airlines forget hundreds of suitcases like in NY, Paris and London

Why is air conditioning important in the office (and why choose Carrier)?

If you do not cry, love and smile yourself, you cannot give anything to the public

The new Kardhiq-Delvina road, Rama crosses the Skrfica tunnel on foot, this is how the residents expect it

Pension at home, how many pensioners receive this service against payment

Leave the air-conditioned offices that even the farmers pay for and go help sell the watermelon: Dramatic situation

Watch out if you go to the world cup in Qatar! Sex if you are single is punishable by prison

Food market of Farka, Veliaj: Everyone will be able to buy products directly from the farm

The Tirana-Saranda route will be shortened by 45 minutes, the new Kardhiq-Delvin axis avoids the Muzina Pass

The blogger shoots the next footage of the pensioners in the heat: Mr. Prime Minister, do something

You have been told that the oceans are not good: it is not true, they are very bad

Scorching temperatures of up to 39 degrees, check out today's forecast

How the hottest boys of the 90s look today, now in their 40s

Horoscope signs that are always underestimated

What do the public pools look like after the transformation, Veliaj: The best is ahead