Yes, people can die of grief 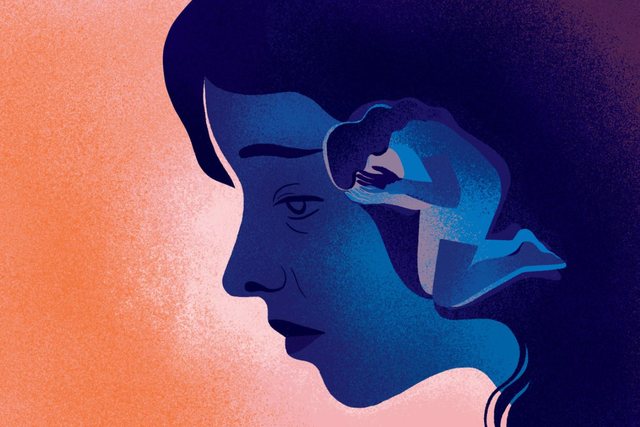 The husband of a teacher who was shot dead at a school in Uvalde, Texas, has reportedly died of a heart attack.

Joe Garcia died Thursday morning after visiting a memorial to his wife, Irma Garcia, his nephew John Martinez told the media. The couple have reportedly been together since high school, and Martinez initially said Joe Garcia died "of grief".

Grief was also the reason why, hours after "Star Wars" actress Carrie Fisher died of a heart attack in 2016, her mother, actress Debbie Reynolds, reportedly suffered a fatal stroke.

"The stress of his sister's death was too great for his mother," said Reynolds's son Todd Fisher.

While it is impossible to say whether acute distress has contributed to death, it is medically possible for stressful events to cause health fatalities.

"Grief is a very personal experience," says Dr. Jose Biller, professor and chairman of the heart attack center at Loyola University in Chicago.

The pain of the death of an important person is associated with an immediate increase in the risk of cardiovascular disease, Biller explained. Indeed, there is significant research on what is known as the "widow effect", where the death of one partner increases the chances of the other being alive to die.

According to a study published in 2014 it was found that within one month of their partner's death, male and female participants who died were at a higher risk for a stroke or heart attack compared to their non-male peers. had experienced the loss of a partner.

There is also a phenomenon known as "broken heart" syndrome or takotsubo cardiomyopathy, which mimics the symptoms of a heart attack and is characterized by chest pain and shortness of breath after severe emotional or physical stress. This phenomenon occurs despite the fact that there is no evidence of coronary artery obstruction, according to Harvard Woman's Health Watch.

While deaths from broken heart syndrome are extremely rare, heart damage from grief can cause long-term damage.

These are the two Albanian cities with the most unemployed

Sun, cloud and rain today in these cities

10 largest and most visited museums in the world

20 years after the return of the royal family to Albania, Prince Leka still asks himself a question

NATO's new strategy, Russia is declared the number one threat to the alliance

Kumbaro and the British ambassador launch campaign to ban plastic bags. From July 1, the fines start

Covid cases are on the rise again. 581 new cases in the country

5 Netflix movies to watch in July

Bedroom on airplanes for economy class, for the first time. How will they look

Eduard Selami on Twitter: Do not blame the EU, but the corrupt elites

Boris Johnson: If Putin had been a woman, he would not have invaded Ukraine

What are the innovations brought by the Samsung Galaxy S22 series?

The price of oil is falling again

The most expensive places for immigrants in 2022

Epstein's right-hand man is sentenced to 20 years in prison

Do not be alarmed if your gmail changes appearance from today

Horoscope for June 29 by Russell Grant

Bulgarian veto on Skopje, US also takes on negotiating role

I can not lie to anyone, including the Prime Minister

A scholarship to start your intended career

Prime Minister Rama in Madrid, where 30 leaders of the NATO Alliance will gather

Art does not solve problems, it simply formulates them in the right way

The whole fault is of 15 seconds!